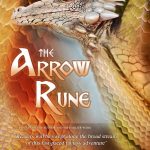 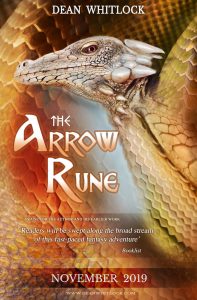 Thetford author Dean Whitlock reads from his new young adult fantasy novel, The Arrow Rune!  Signed books will be for sale.
Ed Lewis is sick of being dragged to Medieval Faires, sick of helping his uncle make bows, of minding the store, of translating his mute mother’s sign language as she reads runes for the faire-goers. Only one thing makes him come this time, a chance to impress a certain young woman by winning the archery tournament. Then he discovers an ancient, rune-marked arrowhead tucked in his bedroll. Embarrassed by losing the tournament, he buries himself in making an arrow for his find. What he creates is a gate-key to another world locked in battle between his mother’s people and a Briton war chief and druid witch. It’s the world where his father was lost, where mad harpers pluck illusions from their tunes, and Beowulf’s saga is fresh and real. Facing magic and war, Ed finds that skill, wit, friendship, and a healthy dose of fear will solve riddles that reveal the true nature of life and death.