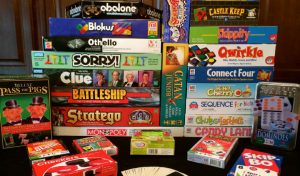 Come play one of our board games or bring your own!  All ages are welcome.  Pizza will be served.  If you would like pizza, please RSVP to librarian@thetfordlibrary.org 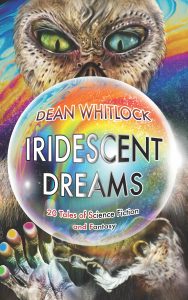 Dean Whitlock will read from Iridescent Dreams: 20 Tales of Science Fiction and Fantasy.

Thetford author Dean Whitlock’s first professionally published short story, “The Million-Dollar Wound,” appeared in the January 1987 issue of The Magazine of Fantasy & Science Fiction and was selected by Gardner Dozois (editor of Isaac Asimov’s Science Fiction Magazine) for his Fifth Annual anthology of The Year’s Best Science Fiction. Since then, Whitlock has seen two dozen of his short stories and novelettes published in the U.S. and abroad. In 2014, Whitlock released an ebook containing a small collection of 10 stories. This November, he released Iridescent Dreams, an expanded collection featuring the first 10 stories, plus 10 more, in both ebook and paperback.
One of the stories in this new collection, “The Rite of the Yearly King,” has never before been published in English. Another, “Master of Illusion,” is completely new to the public. Still another, “The Dragon and the Damsel,” is a short, delightful spoof on the “once upon a time” fantasy subgenre, that Whitlock uses in classrooms and workshops as part of an exercise in character development and plotting.
At Latham, Whitlock will read “Winter Solstice,” a story set partly on Lake Fairlee, answer questions about his stories and writing in general, and, time permitting, demonstrate the proper use of “The Dragon and the Damsel.”
Read more
Categories: pr
Dec
20
Tue
Drop-In Gingerbread Houses and Christmas Crafts @ Latham Library
Tickets
Dec 20 @ 2:00 pm – 5:00 pm Drop-in anytime between 2:00 and 5:00 to make a graham cracker gingerbread house or create a Christmas craft. 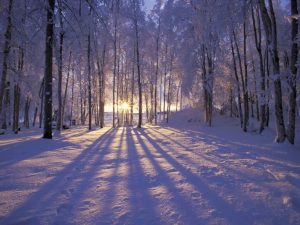 Holiday Readings for the Winter Solstice: in person at the Peabody Library and over Zoom. A winter solstice tradition! Come hear Peter Blodgett read holiday stories from many cultures. A special evening by candlelight in the George Peabody Library’s historic and lovely space. In-person seats are limited: please register by emailing librarian@thetfordlibrary.org . To attend virtually via Zoom, email librarian@thetfordlibrary.org for the link. 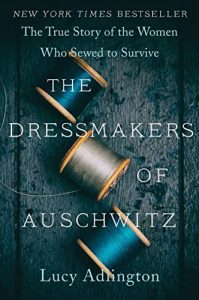 It’s easy to take textiles for granted since they’re so much a part of our daily lives.  But, if we analyze them more closely, they reveal insights into the history of capitalism, colonialism, economics, exports, imports, agriculture, labor, religion, art, costumes, cultures, and nearly everything humans have created.
A Stitch in Time is the theme for the Fall ‘22/Winter’23 Book Discussion Group.  Our third book in this season’s series is The Dressmakers of Auschwitz, by Lucy Adlington
Our discussion will be held via Zoom, Thursday, January 19, from noon to 1 p.m.   To register and obtain a book from the library, please email librarian@thetfordlibrary.org or call 802-785-4361. 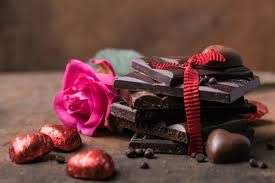 The Chocolate Indulgence chocolate potluck is back! This year it will be combined with a short annual meeting of the Peabody Library board of trustees. Bring your favorite chocolate recipe to share. Everyone is welcome.