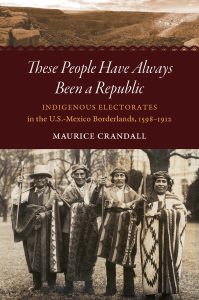 Thetford author Maurice Crandall reads from his new book, These People Have Always Been a Republic: Indigenous Electorates in the U.S.-Mexico Borderlands, 1598-1912

Spanning three hundred years and the colonial regimes of Spain, Mexico, and the United States, Maurice S. Crandall’s sweeping history of Native American political rights in what is now New Mexico, Arizona, and Sonora demonstrates how Indigenous communities implemented, subverted, rejected, and indigenized colonial ideologies of democracy, both to accommodate and to oppose colonial power.

Focusing on four groups–Pueblos in New Mexico, Hopis in northern Arizona, and Tohono O’odhams and Yaquis in Arizona/Sonora–Crandall reveals the ways Indigenous peoples absorbed and adapted colonially imposed forms of politics to exercise sovereignty based on localized political, economic, and social needs. Using sources that include oral histories and multinational archives, this book allows us to compare Spanish, Mexican, and American conceptions of Indian citizenship, and adds to our understanding of the centuries-long struggle of Indigenous groups to assert their sovereignty in the face of settler colonial rule. 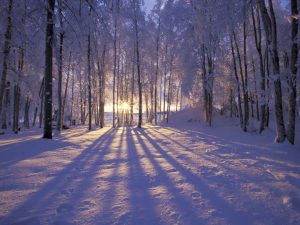 A holiday tradition!  Come hear Peter Blodgett read holiday stories from many cultures and traditions.  A special evening by candlelight in the loveliest room in town.  Refreshments will be served.

All ages are welcome for holiday and winter stories. Milk and cookies will be served. Come in your pajamas if you like!